Gretel Pinniger is a Sydney eccentric Artist. She grew up as a shy child who had been educated by nuns and almost became one herself. She is also know as Madame Lash, a stage name she invented while working as a stripper at the Paradise Club in Sydney's Kings Cross while studying fashion design during the 1970's. She became interested in S&M and worked as a dominatrix in the basement of her home in Forbes St Darlinghurst. Later she had the first shop in Sydney to supply and design high fashion leather bondage gear. She has a love for Opera and in particular the music of Richard Wagner. she now paints 4 dimensional holograms in oil paint. 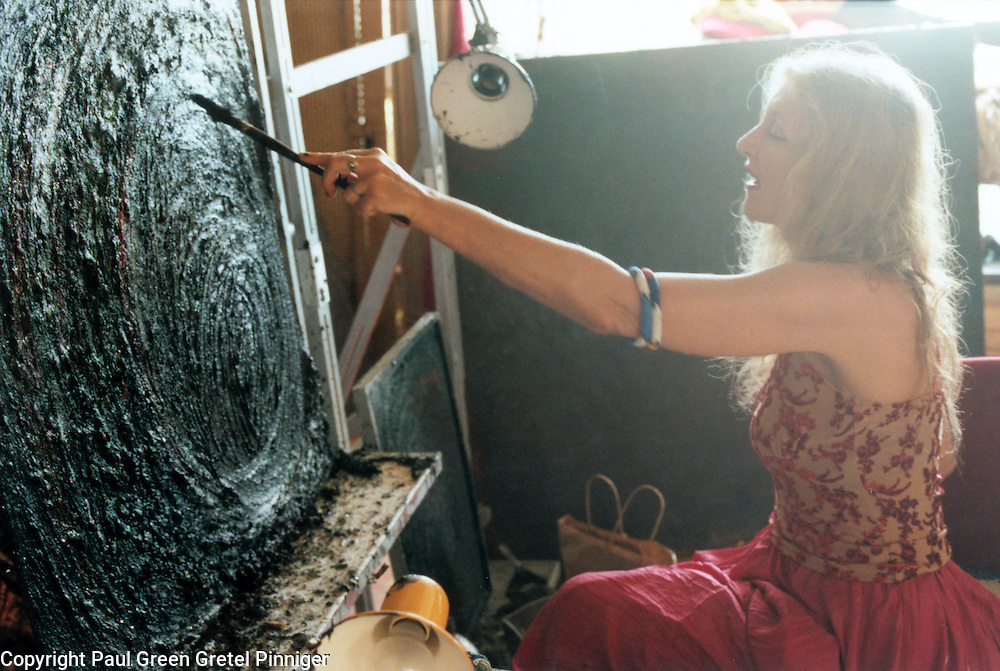